Just before I went into the operating theatre, my surgeon appeared in the ante room prepared for my surgery and carrying a Texta. ‘This is what we’re going to do,’ he said and proceeded to draw on my breast with that same Texta. On my skin appeared blacks lines, a map the surgeon was to follow with precision. I can now look into the mirror and see scars where he very neatly drew those black lines.

As for the surgery itself, one moment I was lying on the table, hazy with whatever they’d given me but chatting away to the anaesthetist and the next I woke up in the recovery room, with all manner of incisions, extractions and stitching of my own body done without me, very fortunately, being aware of any of it. I unreservedly give a heartfelt thanks for all those medical people involved in inventing anaesthesia. If there’s a monument to them somewhere, I will go and lay flowers on it.

From admission for surgery to arriving in the ward for recovery is the strangest of journeys. You undress from your own clothes and in readiness put on your surgical gown, paper knickers, plastic shoes, hair covering. Once you were yourself in your own clothes, now you are in uniform, a patient. You wake with your body opened and reshaped, pieces of it gone, the incisions stitched like your skin was a piece of material, hoping your surgeon is a good seamstress. Then you enter the unreal world in the ward where you subsist between recovery and the prospect of your own life outside. Flowers brought by friends are vivid and living colour in that grey and white environment with the constant, essential humming of its life machines.

I only spent two days in the ward before I was discharged. My good friend, a breast cancer veteran herself, visited and brought red roses. Other friends sent bunches of flowers. My partner visited both days. All the care I received from both the doctors and nurses was excellent. As for the food, it brings home to you that at its most basic, food is just fuel after all. Always the nurses were busy and sometimes abused. I lay there one night in that strange halfway world of shadow and muted lights listening to a woman in the corridor outside repeatedly and aggressively call the nurses untrustworthy bitches whose faces were filled with lies. They tried to calm her, offered her food, a cup of tea. She only wanted to go home and said they were imprisoning her. In distress, she begged others to call the police. Finally the ward manager called security, she had no choice.

It’s essential to be there, you know it. Your life depends on it. And yet. It feels so much like finding yourself as the unnamed character in a sci-fi movie, stripped of your own clothes and identity with no way out of an unknown institution. Where others smile while directing you to unnamed buildings for who knows what purpose.

It’s not like that, of course. When I was discharged, I left with a smile and best wishes from the nurses. Stepped outside on a sunny day in my own clothes with visits from the community nurses already arranged. And yet. Anaesthesia, surgery has changed me as it changes everyone. Not the obvious change with its cuts and excisions but a subtler sea change, of feeling the fragility of the body and its plasticity, seeing again that fine and delicate balance between life and death. 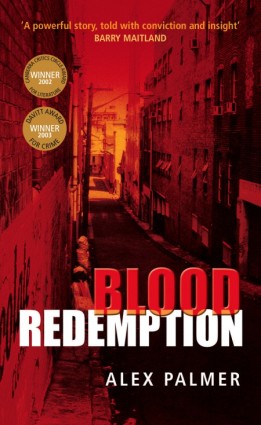